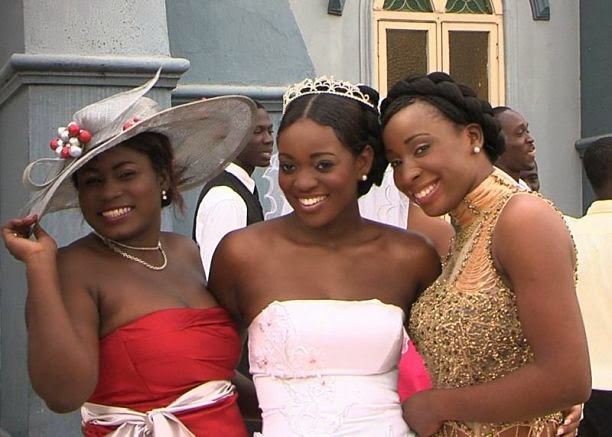 Some of the crème de la crème of Africa’s motion picture industry will come face to face for supremacy, as organisers of the Africa Movie Academy Awards (AMAA)honours the best of the best on the continent for the last 10years.
The 2014 edition of the prestigious AMAAs will come off Saturday May 24 at Bayelsa State, Nigeria to honour deserving creative talents in Africa’s motion picture industry and beyond.
One of the major reasons the AMAA is going to Bayelsa is because the government of the state has stood by the AMAA organisation since its inception.
It has also put up major measures to make the 10th anniversary celebration a remarkable one.
“Bayelsa deserves the 10 years of AMAA for that support in creating what is probably a world recognized African brand. Regardless of whatever comes up and whatever kind of stuff they do. At the end of the day AMAA would still remain AMAA and will continue to have its pride of place on the international scale,” AMAA CEO, Peace Anyiam Osigwe said.
A huge anticipation awaits the ceremony as organizers get ready to provide one of a kind event after 10 years of the AMAA award scheme.
A large number of the continent’s filmmakers are expected to attend the ceremony on Saturday.
Beyond honouring film talents who got nominations for the year under review, the occasion will be used to celebrate all past winners.
Winners of Best Director, Best Actress, Best Actor, and Best Film and other categories since the last 10 years will compete for Best-of-Best In Africa. Each winner in a category will take an attractive package including a cash prize.
AMAA Best Actress in Leading Role winners – Joke Sylva, Genevieve Nnaji, Kate Henshaw Nuttal, Funke Akindele, Lydia Forson, Jackie Appiah, Naa Ashorkor, Amake Abebrese, Chioma Chukwuka, Rita Dominic and Florence Masebe – will be competing for the Best of the Best Actress category.
The likes of Olu Jacobs, Kanayo O. Kanayo, Nkem Owoh, Richard Mofe Damijo, Ramsey Nouah, Farouk Alfishawi, Majid Michel, Themba Ndaba and the Late Justus Esiri, who won Best Actor in Leading Role categories in the last 10 years, will also be competing for the Best of the Best Actor category.
As there are concerns over who wins these important categories, there are equal concerns about who wins in the year under review.
Ghana’s Joselyn Dumas is strongly competing with Nollywood’s Uche Nnadili, Chioma Chukwuka Akpotha, Clarion Chukwura, Uche Jombo, Monalisa Chinda, Daniella Okeke and South Africa’s Linda Sokhulu in the Best Actress category.
On the other hand, Majid Michel and Adjetey Anang are facing off with South Africa’s Zengo Ngqobe, Mothusi Magano and Nollywood’s Kanayo O. Kanayo and Joseph Benjamin.
A lot of personalities from the Diaspora are expected to grace the red carpet on Saturday.
The AMAA tries to surprise its audience with its guests list and it is likely to do same this year. It has brought to previous editions of the event Hollywood and world known faces like Forest Whitaker, Danny Glover, Jimmy Jean-Louis, Hakeem Kae Kazim, Nate Parker, Morris Chestnut, Lynn Whitfield, Maya Gilbert and Rockmund Dumba.