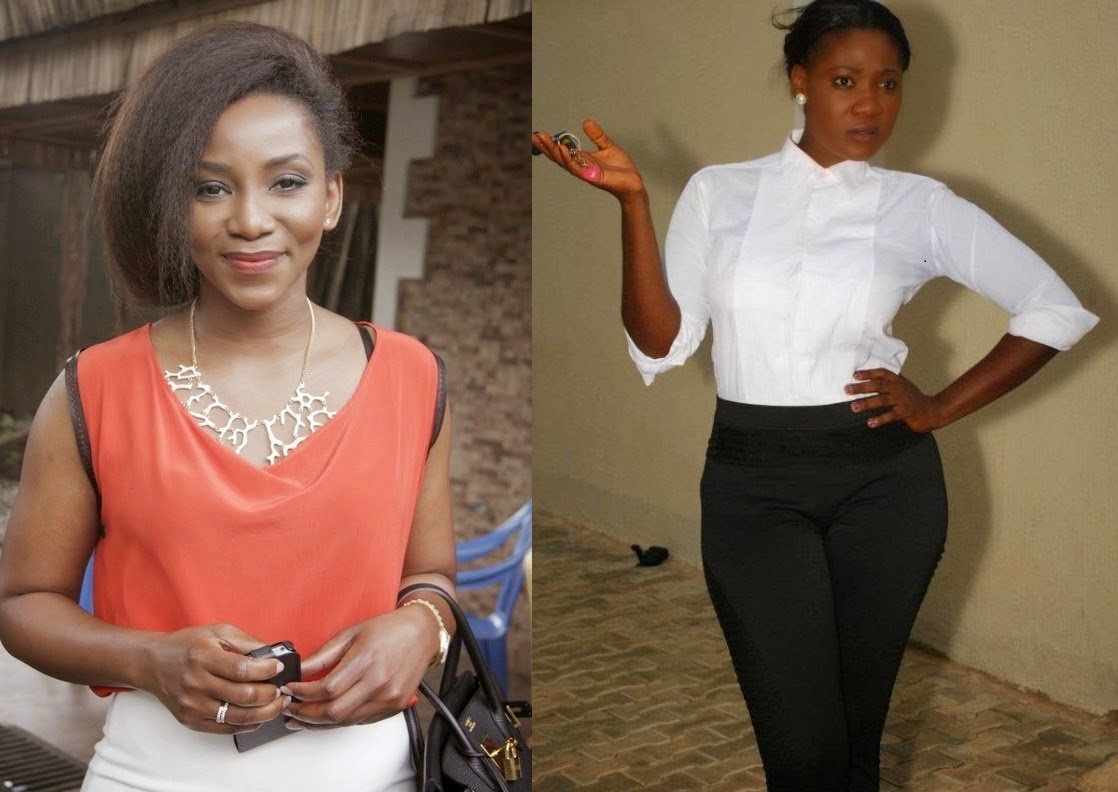 While speaking with a soft sell magazine, Mercy revealed her first encounter with senior colleague, Genevieve Nnaji and how she had to hide in a car boot just because she was so nervous to meet her, even though she came there to see her. It’s so hilarious. Her words;

The first time I met her, my friend took me there. When we got to where she was, I became nervous. I told my friend “no let me hide in your boot.” And I did. I got into her boot. (laughs) Can you imagine I came to see her and when I got there I wanted to run back. I jumped into my friends boot. So, when she came out of the hotel, I could not see her, I could only hear her voice.
The 2nd time I saw her was on set. When she came down and I met her she said ahh! Mercy I like your movies and I started crying. I was in tears of joy. I said Aunty Genevieve, so you watch my movies. She was sort of embarrassed. Before I met her, she had already known that there was somebody who was crazily insane about her. She was really nice to me, receptive. And even whenever we work together she will correct me and say that thing you did, you could have done it this way.

Usually, in life, you will know somebody, who is more than you. Give him or her that respect. You can’t fight a battle you can’t win. It does not make any sense. If somebody is much more than you, there is nothing as big as you admitting it, and hearing from that person. I didn’t come into the picture to compete with anybody. I didn’t come into the picture to rub shoulders or outshine anybody. I came to learn, do it well, make it and be there.