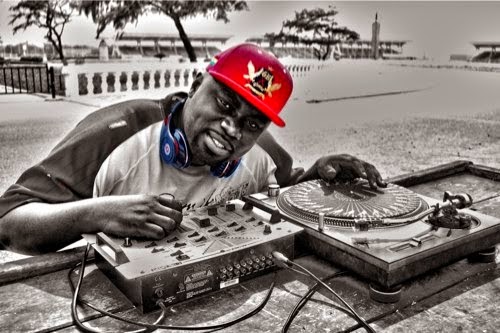 DJ Black, has reacted to suggestions he cut Lil Win’s performance’s short at last weekend’s Ghana Meets Naija concert. In a Facebook post on Thursday afternoon, the well-known disc jockey played down any ill motive, insisting he had nothing or whatsoever to do with the Kumawood actor’s abrupt exit from the stage on Saturday.

“Just to clarify this false accusations. I did not cut off anyone’s mic on #GhanameetsNaija . All sounds were cut off by the Sound Controller,” he posted.

Black’s clarification comes in the wake of incessant bashing of the way and manner the young actor’s act on stage was rudely interrupted with repeated sounding-off bytes.

In what was thought to be a promotion of the drug substance, Marijuana on stage, Lil Win saw his performance cut short.

MTN, the headline sponsors of the event shortly after the incident, issued a disclaimer, disassociating themselves from the act.

Lil Win has since explained his act was misunderstood, and that if he had been allowed to finish entirely, he would have condemned the use of hard drugs, Marijuana included.