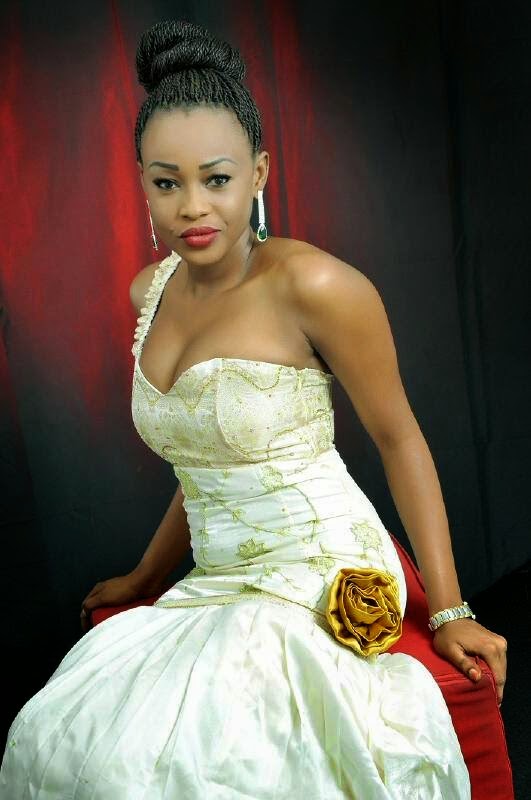 Earlier this week, it was reported that Edith Nuong Faalong walked off the set of a popular TV series in tears and terminated her contract with the production company, after the Nigerian director of the series -Prince Amuni Gbenga had barged into her private room while she was in her underwear and proceeded to manhandle her resulting in her sustaining a cut and swollen upper lip.

According to the report, her room-mate who was asleep in the bed got up just in time to save her from further assault as the rest of the cast and crew also rushed into the room to restrain the director. She had since reported the incident to the  Police.

Meanwhile the producers of ‘Living With Trisha’, the TV series in question have issued a statement to say that Prince Gbenga Amuni did not sexually Edith Faalong on set as reported. According to the statement:

“In Edith’s statement to the Dansoman Police she stated that the director barged into her room and she quickly covered herself with a bed sheet because she was in panty and bra. She further stated that in the confrontation the director pushed the door and it hit her on the lips resulting in a cut. The director Prince Gbenga Amuni knocked and entered the artist’s room after numerous calls for her to do her make up failed. He found the artist seated on the bed browsing.”

“It was during the ensuing confrontation the artist ordered the director out of the room. He walked out but opened the door again to impress upon her to get out and do her make up that resulted in the door hitting her and subsequently falling as she backtracked and tripped over her suitcase.”

“The director never sexually assaulted her and Edith’s roommate could testify therefore the stories making rounds is totally false. Even the artist Edith Faalong has confirmed to the executive Producer, Edem Tamakloe through WhatsApp messages that she wasn’t sexually assaulted. These are the facts therefore all other statements are purely fabrications intended to tarnish the young director’s image. It is also on record that the EP did everything to resolve the impasse but the artist walked out of set and under no point in time was she stopped from going to the Police.”

When I contacted Edith Faalong she maintained:

“I was not the only one filming that morning and more importantly, he did not knock, he did not knock. He barged in. There was no previous call by him except the PM. No director goes to an artist’s room to call her himself. He barged in, I was not browsing, he banged my laptop and threw it aside. I asked him to leave the room. Why did he even wait for me to be the one to ask him to leave after finding me half naked? It doesn’t make sense. I did not trip on my suitcase, he stopped me from closing the door and in that scuffle, the door hit me i have the medical and police report of a broken lip.

“They apologized to me at the station and he was granted bail. I truly expected them to be decent enough to understand they are wrong and stay calm but since we left the station, his wife and himself have called me to threaten me. I also have an audio of the producers condoning the actions of the director and defending it.” 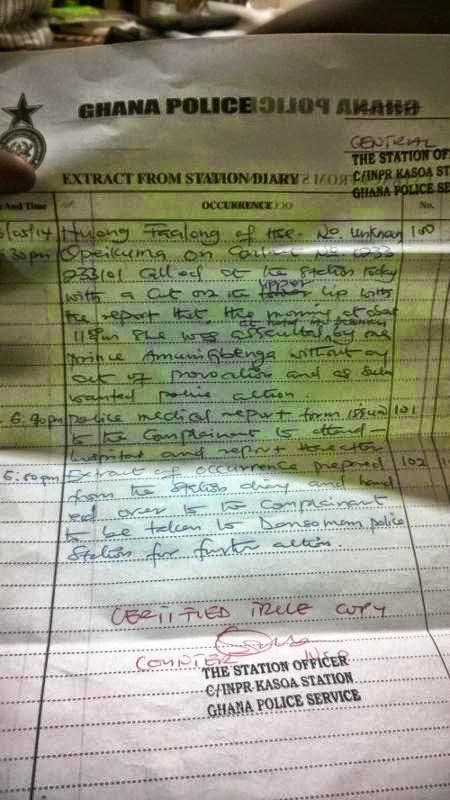