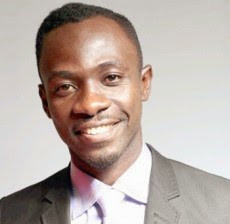 Okyeame Kwame, one of the Ghanaian hiplife artistes who has carved a niche for himself as one of the reigning artistes in Ghana today, has declared his detemination to work extra hard to enable him to reach the top and compete with those on the international music scene.

The accomplished songwriter and producer, whose dream is to make an impact on the world music scene said he hopes to make more impact first on the African market with his upcoming ‘African Connection’ album, yet to be released before going international.

Okyeame Kwame, who has been working hard on his new album, had already put out a number of singles including ‘Try Another Time’ featuring J. Martins, meant for the new album titled ‘African Connection’.

Known for his versatility, Okyeame Kwame said after almost two decades in the Ghanaian music industry, the new phase of the musical album titled ‘African Connection’, which features 16 selected renowned African musicians, would widely be accepted by a lot of people.

Kwame’s activities in the music industry have probably inspired many people to consider a career in music and he is gradually making his way to the top of the music chart, as his fan base keep increasing every day.

Kwame’s quest for growth and knowledge has taken him further as he is catching up with great professionals in the creative arts industry in Ghana and beyond. He is keen on improving his performance in the music industry.

Okyeame Kwame disclosed in a chat that he would not rest until he reaches the top, adding, “I will work hard to maintain the good image I have attained so far as I’m a musician and always thinking of satisfying my fans and admirers in whatever I do. I am able to make it because I always tried to create something new to meet the demand of my fans.”

Okyeame Kwame, who is the CEO of One Mic Entertainment, last year signed an agreement with Bola Ray’s Empire Entertainment, a move that would market him and his musical works on the global market.

Okyeame Kwame said, “I know my fans have waited for me for long, so I just want to surprise them with my ‘African Connection’ album. I have a surprise package for my fans this year.”

He, however, thanked his fans for their loyalty and support all these years and assured them that the new album would make a huge success.