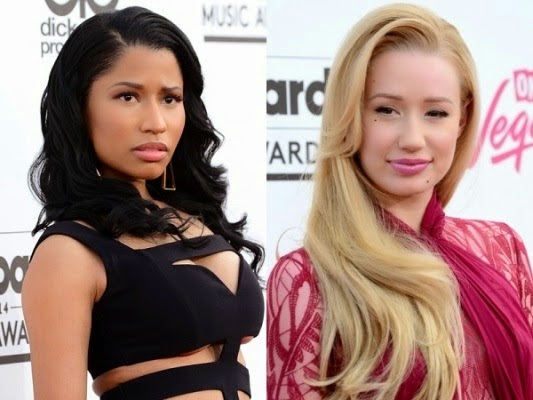 Nicki Minaj has responded to a Forbes article published on May 19th titled “Hip Hop Is Run By a White, Blonde, Australian Woman.”, describing rapper Izzy Azalea as the new princess of hip hop. The mag said while Minaj has been ‘oddly quiet for months’, Iggy’s rise in the charts has been swift.The comment made Nicki feel some type of way and when asked about it on Power 105′s The Breakfast Club yesterday, Nicki said;

“Listen. All Forbes needs to worry about is my finances and when I’m going to be selling Myx Fusions for $250 million. That’s all they need to worry about. We rely on hip-hop connoisseurs and blogs for that kind of information. So we appreciate it, but no thank you.”