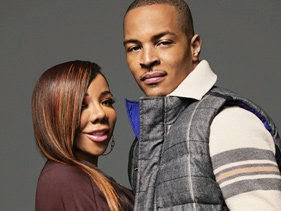 The champ and his crew recently got into a nasty fight with the rapper and this was reportedly caused by an alleged affair between Tiny and Floyd.

In an exclusive interview with necolebitchie.com, the boxer revealed that he has never slept with Tiny.

“I never kissed her, never touched her in no inappropriate way. Her friend Shekinah wanted to come to the fight, she brought Tiny with her. They came to the fight,” he said.

Tiny then posted a picture of her, Floyd and others on Instagram, and Floyd believes that that must have set T.I. off.

“I guess she put a picture up on Instagram of her at the fight so I guess he [T.I.] was feeling some type of way.”