Home / Entertainment / ‘Castro refused to go with Janet, but she insisted’ – Manager
Let people Know about this
66
SHARES
FacebookTwitterSubscribe
Tweet 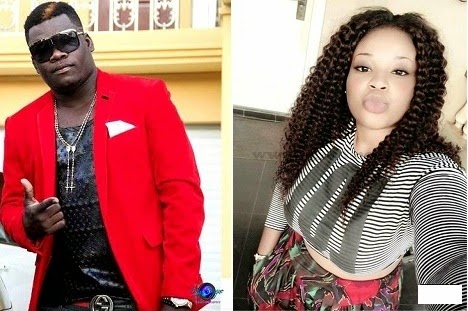 Manager of Hiplife star Castro, DJ Amess, has disclosed that his artiste turned down a request by Janet Bandu to be on the jet ski with him, but he eventually agreed after she persisted. Speaking to Nana Ekua Asanteba on Viasat1 News Monday night, DJ Amess urged the public to refrain from saying that Castro is dead, especially as his body and that of Janet have not been found. He said the two are only “missing” and could be on an island somewhere awaiting
rescue. Castro, who had returned to Ghana just Thursday, had joined Black Stars captain Asamoah Gyan and some friends on the Aqua Safari, a beach resort in Ada from Friday for recreation. Castro is reported to have been jet ski riding on Sunday afternoon with one, Janet Bandu, when the latter fell off the bike. He jumped into the river in an attempt to save Janet. Castro’s manager also confirmed Viasat1 News that Janet is not Castro’s girlfriend, as being reported by some media. According to him, the lady in question was among the entourage that went for the weekend, but has no relationship with the artiste. In a separate interview, DJ Amess said “When they (Castro and Janet) took off, the bystanders were calling for them to return so that the girl would put on her life jacket. Castro was already wearing his.” He said the two did not hear calls from people who were standing watching them. According to some witnesses, Castro took off his life jacket to try to save the woman after she fell into the water. “After they were a few miles away, they saw the girl jump from the boat into the river,” he said. The Marine Police are yet to find the missing persons after frantic search from Sunday. Chief Supt. Berko admitted that his outfit does not have the advanced equipment to undertake such searches “but we have trained men who can rescue and then bring you out. He disclosed to Accra-based Citi FM that the Marine Police has limited resources therefore, it is extremely difficult for personnel to guard places such as the Volta Lake to ensure the safety of holiday makers and fun seekers. Shatta Wale blames Ghana music industry… Meanwhile, in a related development, outspoken Dancehall artiste, Shatta Wale, has blamed the music industry for Castro’s predicament. Shatta Wale, who believes Castro is dead, made the comment when he took to his social media (Facebook) page to react on the sad news, linking Castro’s “death” to that of Terry Bonchaka. According to him, musicians in Ghana are not paid well, they are disrespected and they find it hard to get to the top. Shatta Wale adds that, Castro trusted Asamoah Gyan to help him take his career to the top.

“I DONT BLAME ANYBODY BUT WILL BLAME THIS INDUSTRY THAT MAKES ARTISTE FEEL LIKE POPPERS..THIS INDUSTRY KILLED TERRY BONCHAKA BECUASE HE WASN’T PAID GOOD ENOUGH TO EVEN AFFORD A BETTER CAR,NOW CASTRO IS ALSO DEAD ALL BECAUSE HE TRUSTED HIS BROTHER(ASAMOAH GYAN) WHO WOULD HAVE MADE HIM A BETTER STAR IN THE NEAR FUTURE, BECAUSE OUR INDUSTRY WASN’T MAKING HIM,HE WAS PUSHING HIMSELF TO THE TOP…MAY OUR GREAT GOD SET PEACE IN YOUR SOUL..WILL ALWAYS LOVE U..‪#CASTRO