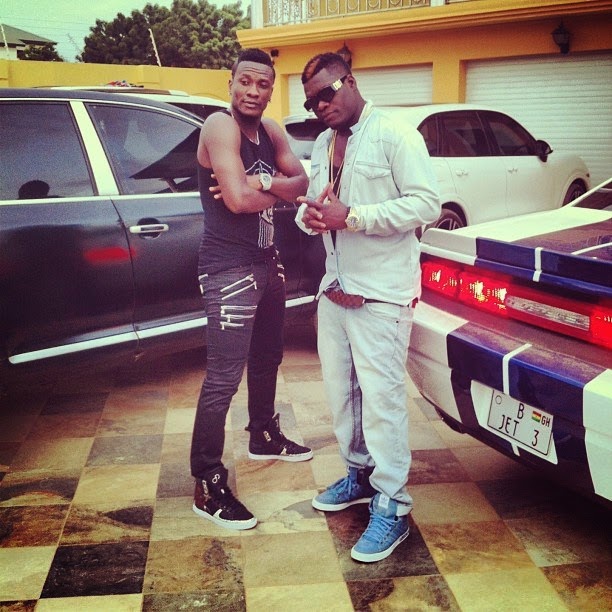 Ghanaians and all music lovers were on Sunday, 6th July, 2014 met with the alleged sudden death of Castro ‘Da destroyer’.The Hiplife artiste drowned in an attempt to save his female friend who fell from the back of the Jet Ski which he was riding.
Information surrounding the death were sketchy and so Peacefmonline.com decided to go to Ada to find out what really happened.At AdaAccording to Peacefmonline.com’s Eugene Osafo-Nkansah who reported from Ada, an eyewitness reportedly saw Castro and his female friend, Janet Bandu at the estuary but they thought the two were swimming.He told Eugene that by the time they realised the two were drowning, it was too late.He indicated per reports from the police and people around, there is no way the two will survive if indeed they fell in the estuary at the spot indicated.According to information gathered, the estuary is where the Volta Lake joins the sea and because of the pressure and how dangerous that section is, there is a danger sign mounted at the section warning off anybody who might not be aware.Information from Peace Holiday ResortPer information gathered, Asamoah Gyan, Castro and the others first went to Aqua Safari, Ada but later moved to Peace Holiday resort due to a press conference which was to be held at Aqua Safari. According to Hotel managers of Peace Holiday Resort, the Jet Ski that was used by Castro and his female partner belongs to Aqua Safari and not Peace Holiday. Eye witness say, Castro was seen trying to rescue the girl, and when the electronic trackers on Castro went off, it became clear the musician was off his Jet Ski.Island at AdaThe police also indicated that there are several islands on the lake and so probably, Castro might have swum to any of them and might still be alive. According to the reporter, the police in an interview indicated that it is still too early to declare the two dead.Meanwhile, the police have found the Jet Ski but the bodies are yet to be retrieved.Gyan and brothersWhen the unfortunate incident happened, rumours were rife that Black Star’s striker and captain, Asamoah Gyan also drowned and is in critical condition.However, when our reporter got to the Peace Holiday Resort in Ada, Asamoah Gyan and his brothers as well as other friends who were lodging there, were safe but distraught.