Home / Entertainment / Agree?? we are not doing Enough For Castro & Janet -Actress Khareema
Let people Know about this
72
SHARES
FacebookTwitterSubscribe 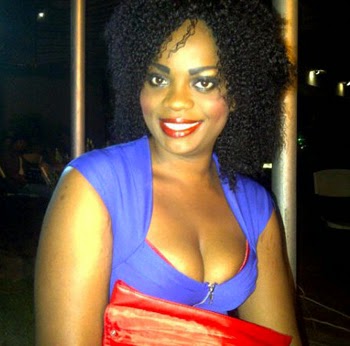 Popular Ghanaian actress Khareema Aguiar says she is bitter and disappointed at how the search for Castro and Janet is being handled.

The ‘Checkmate’ actress said she was disappointed in the President of Ghana, John Mahama, President of Musicians Union of Ghana (MUSIGA) Obour and the entire entertainment industry in particular because they are not giving the sad incident the serious attention it requires.
Khareema could not tell exactly what ought to have been done but said if it was a government official’s son that was involved in the incident, the whole country would have been at a standstill.
Khareema said Castro and Janet’s case was being treated like any ordinary incident without any seriousness.
“I am highly disappointed in everybody; the government, the industry and all. See, this could have happened to anyone. Some months back we saw on all social media, how the whole world was telling people to bring our girls back when some students were kidnapped in Nigeria. Now what are Ghanaians saying now that they have lost their very own Castro. Is he no more a Ghanaian? Is he not in the same industry anymore?
“Didn’t he thrill us with his music? What are we doing about this unfortunate situation? Where is the president of MUSIGA? Where is our President John Mahama? Does he not care about entertainment anymore? I thought he did when they wanted power. Nobody is saying anything after four days of Castro going missing. Musicians are sitting unconcerned, actors too are, the entire industry is gone quite. Don’t we want our very own Castro back?
“People sit in their houses talking rubbish about he doing rituals, is that what is going to bring him back? ECOWAS summit so roads are all blocked, is it not proper that we are happy as a nation before we host other nations?
I can bet the millions of cedis that would have been put into this if it had been a government official’s son who was missing,” Khareemah told NEWS-ONE yesterday.
She continued: “I thought as entertainers, the nation has our back. This clearly tells me that what we do as entertainers just entertains these people when they want to get entertained but after anything that happens to you, you are left to face it all alone. Indeed some sacrifices are worthless.”
“My fellow colleagues in the industry should note clearly from today that they hail you when you are there at the top but immediately you fall to the ground, nobody gives a f–k about you. Each one for his or herself; God for us all.
“Asamoah don’t be surprised when you hear rumours in the coming days that you had a hand in this. Ghanaians for you…too much talk but always doing very little. We all in the industry must take a good lesson out of this…they don’t care as they seem to…fake individuals. My hopes are that they find Castro and Janet. God knows best,” she added.