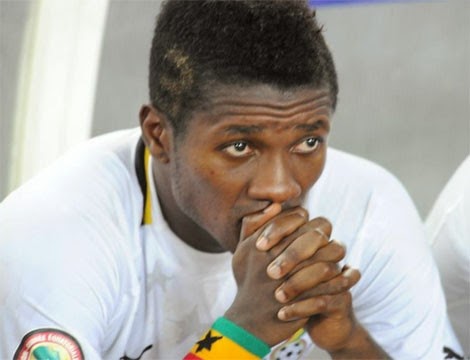 Black Stars captain Asamoah “Baby Jet” Gyan has finally checked out of the Peace Holiday Resort in Ada where he has been lodging for the past five days after Castro and his lady friend, Janet Bandu’s tragic disappearance. Manager of Peace Holiday Resort, Mr. Paul Sasu revealed this on Peace FM’s “Entertainment Review” programme Thursday July 10.
According to him Asamoah Gyan and his entourage including his elder brother Baffour Gyan; Manager, Sammy Anim Addo, some family members among other friends checked out of the resort on Thursday.“Yes! It is true they have checked out so they are back in Accra or wherever they might be going. So for now, they are not in Ada,” Mr. Sasu confirmed. Peacefmonline.com is reliably informed that Asamoah and his friends checked into the Peace Holiday Resort, Saturday afternoon July 5, after checking out of Aqua Safari Resort where they first lodged on Friday July 4, when they went to Ada. It’s been six days since the mysterious disappearance of Hiplife artiste Castro (Real name: Theophilus Tagoe) and Janet Bandu who are both feared dead after they allegedly drown in a jet ski accident over the weekend in Ada.