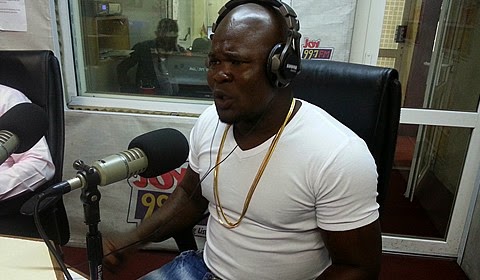 The government has set the first day in November this year as a National Sanitation Day. This would be the start of a national clean-up exercise to be observed every first week of the month across the country.

The formal launching of the day, which is intended to bring back communal work days to improve on environmental sanitation, would be held on Friday in Accra.

A Deputy Minister of Local Government and Rural Development, Nii Lantey Vanderpuye, said this yesterday during the commemoration of Global Handwashing Day, marked on the theme; “Choose Handwashing, Choose Health”.

Delivering the keynote address, Mr Vanderpuye, who is also the Member of Parliament for the Odododiodio Constituency, said it was very disturbing that as of October 6, 2014, 20,279 cholera cases had been recorded, with 164 deaths in nine out of the country’s 10 regions.

He noted that the ongoing handwashing with soap campaign would not only save the nation’s resources but also impact positively on the lives of the people.
“Our hands are principal carriers of disease causing germs from one person to another either through direct contact or indirectly through surfaces.

“It is now time for all Ghanaians to put sanitation and hygiene in their proper perspective because sanitation is dignifying and good hygiene behaviour promotes health,” he stressed.
Mr Vanderpuye said Ghana’s sanitation woes was as a result of selfishness and love lost among community members.

“If you love your brother or sister and you live upstream, you would not pour rubbish into the drain so that it washes down to your neighbour downstream. Let us not do things to hurt one another,” he appealed.

In his welcome address, the Chief Executive of the Community Water and Sanitation Agency, Mr Clement Bugase, said the main aim of this year’s Global Handwashing Day was to shift the increased awareness towards sustainable behavioural change, with focus on practice and not just awareness.
He said, “handwashing with soap is a key action in protecting the public health because it is the mainstay in infection control,” adding that the sustenance of handwashing was very important.

The deputy minister led dignitaries from CWSA, UNICEF, World Vision, WaterAid Ghana, Plan Ghana and chiefs from the constituency, among others, to demonstrate proper handwashing.
A water tank was donated to the Bukom Community and “veronica buckets” for handwashing was also presented to the Ussher Fort Clinic and the St Mary’s Anglican Basic School.