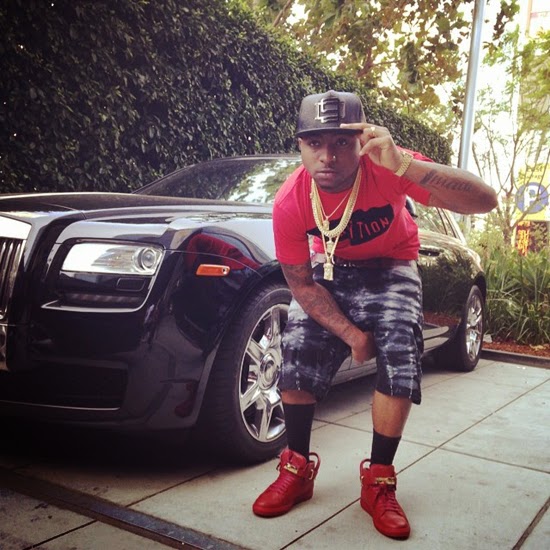 Audiences can look forward to a medley of chart-toppers from Nigeria’s superstar, Davido. Boasting a number of smash hits like “Dami Duro”, “Gobe“, “Skelewu” and “Aye”, Davido has become an unstoppable force in the music industry both locally and internationally.

The talented musician already has multiple awards under his blinged out belt including a BET Award, multiple Channel O Africa Video Music Awards and leading with the most nominations in this year’s CHOAMVA.

From Tanzania, bongo flavor recording artist Diamond will be part of the spectacular line-up, and will perform one of his hit songs “Number One”. Diamond also has a number of musical accolades behind his name, including nominations for the Channel O Africa Music Video Awards and more than 12 wins in the Tanzania Music Awards since 2010. He has also performed at one of Big Brother Stargame’s eviction shows.

South African hip hop head Cassper Nyovest, whose hit “Doc Shebeleza” is burning up the airwaves and SA music charts, will also bring the house down with his delivery of the ‘party blazer’. His debut single “Gusheshe” scored him four awards at the SA Hip Hop Awards including Song of the Year and Video of the Year. Casper Nyovest has also scooped five nominations for the 2014 Channel O Africa Music Video Awards for “Doc Shebeleza” including Most Gifted Video of the Year and Most Gifted Male.

Last but definitely not least is Nigerian-born Emmy Gee featuring AB Crazy and DJ Dimplez, who is also part of this stellar line-up of African musical talent. He will be performing his 2013 debut single release “Rands and Nairas” which peaked in the top 10 of the South African Music charts. He released the remix of the song featuring amongst others, his homeboy Ice Prince and South African rapper Cassper Nyovest. The song also won him a Best Music Video of the Year Award at the 2014 Nigeria Entertainment Awards and is also nominated for Most Gifted Video of the Year at the 2014 CHOAMVA’s.
Be sure not to miss the jam packed, highly anticipated Brother Africa Hotshots live launch show which will air live from 19:00 CAT on AfricaMagic, AfricaMagic Entertainment, AfricaMagic World as well as on DStv channel 197 and 198.

Africa’s biggest reality series will be screened live 24/7 on DStv channels 197 and 198 while GOtv audiences will be able to see highlights on AfricaMagic World. Big Brother Africa is produced by Endemol SA for M-Net’s AfricaMagic.