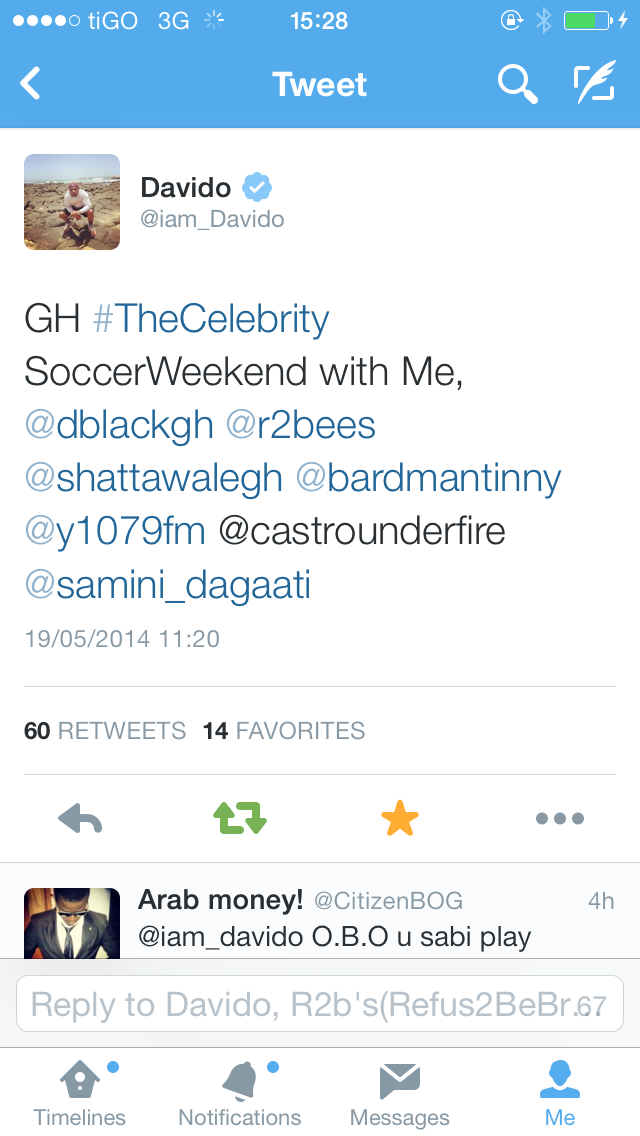 New addition to the group stages see’s the entry of Nigeria’s Davido and his HKN Gang as they face 4Syte TV AllStars. The young Nigerian crooner who will be in the country ahead of his performance at the Ghana Meets Naija Concert tweeted this today.

Kick off is at 11 a.m and final match is at 5pm.  Come support your favourite Celebrity Team and be a part of a good cause.

The Cups up for wins include the overall winners cup, the goal king cup and the 4Syte TV player of the tournament cup.

This event is brought to you by LiveWire Events and Yfm, with support from 4syte TV, Cypressgh.blogspot.com, ameyawdebrah.com, ghanamusic.com, omgghana.com, ghanagist.com, ETV and blackavenueclothing. Part of the proceeds will be going donated to the Obstetrics and Gynecology Department of the Korle bu Teaching Hospital.  Watch the TV Commercial for Celebrity Soccer: