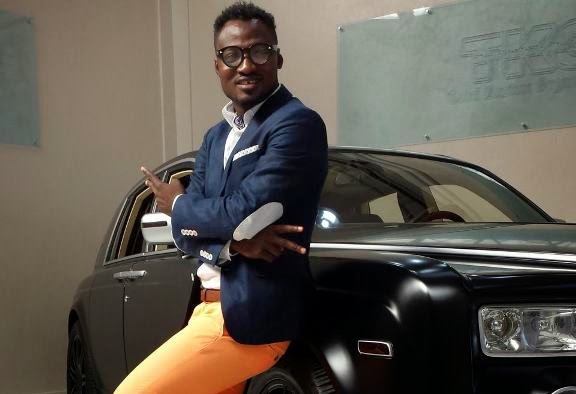 Charter House PRO George Quaye has confirmed that he is no longer the manager of comedian Funny Face according to Flex newspaper.

George Quaye who was managing Funny Face until everything went silent, revealed to host of Showbiz Xtra on Happy fm Dr Cann last Saturday that he had to break up with Funny Face because he has been too busy with work.

He said he felt that was affecting business relations with the comedian.

He added that because of that, he had to speak to Funny Face to move on since he did not want to slow down his progress. Funny Face has also confirmed his break up via a phone interview last Monday.

Meanwhile, the Ghanaian stand-up comedy gained some recognition after the Night of 1018 laughs. The comedy night which took place on 2nd August 2014 had only one indigenous Ghanaian act; DKB. The rest were from comedy powerhouse Nigeria.

In an interaction with some Ghanaians expressed concern that Ghana had only one slot on the biggest platform for comedy in Ghana.

Most of them kept asking “what has become of Funny Face, Foster, David Oscar and the host of other comedians”

Media reports also has it that Funny Face also known as Benson Nana Yaw Oduro Boateng has diverted from comedy to radio. Funny Face has a background in broadcasting which was evident when he competed inTV3s Hottest Host.

Funny Face has confirmed that he has signed on to work with Star 103.5 Accra’s newest radio station. He did not give much details a exactly what he was going to do on air.