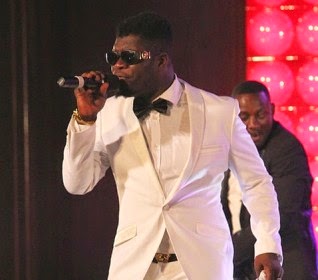 Two journalists Tuesday tasted the frustration of friends of the hiplife musician, Castro, who is believed to have drowned during a boat cruise at Ada Foah last Sunday.Castro’s friends have been holed up at the Peace Holiday Resort at Ada Foah since the incident.The two journalists, Mr Benjamin Tetteh, Joy
FM’s Eastern Regional correspondent, and Mr Daniel Nyorngmor, who reports for GBC Radio, were literally thrown out of the facility by some of the friends of the musician.Mr Tetteh was not only thrown out; he was also manhandled and his mobile phone forcibly taken away from him by one of the friends, with the assistance of others.The crime of both journalists was that they had been seen speaking on their phones, actions which one of the friends, who arrogated to himself the role of a security officer, interpreted to mean they were filing reports.The incidentMr Tetteh, who admitted that he was filing a report, told the Daily Graphic that he was ordered to cut the call, failure of which resulted in the scuffle and the subsequent seizure of his phone.It took the intervention of a policeman and Mr Baffuor Gyan, the brother of Black Stars captain, Asamoah Gyan, to calm nerves.However, it was much later, after Mr Tetteh had been put outside the gate and all the pictures he had taken deleted, that the phone was returned to him.He said he was going to file a report on the incident with the police at Ada Foah.The Daily Graphic and all journalists from GTV, UTV, Peace FM and the Daily Guide were also barred from entering the resort.No one would also speak with the media on the latest developments, while attempts by the Daily Graphic to speak with the Ada East District Police Commander, Chief Supt Hlordzi Dodze, were not successful.He was engaged in meetings with the Greater Accra Regional Minister, Nii Laryea Afotey Agbo; the District Chief Executive, Mr John Nurudeen Ahortu, and other stakeholders suspected to be representatives of Castro’s family.RitesA speed boat pilot at the Tserley Korpe Beach Resort, who only gave his name as Richard, told the Daily Graphic that an elderly man and a linguist he had taken to the Ada Estuary were emissaries of the Chief of Ada Foah, Nene Tawiah Kokotey Nanor, who had gone to perform some rites to aid in the recovery of the bodies of Castro and his girlfriend.Last moments of CastroA close source, who spoke on condition of anonymity, told the Daily Graphic that on the day of the incident, Castro was in high spirits and even declined to eat when he was signalled that food was ready while he went on the boat expedition.The source said Castro had rather indicated that he was going on a last ride before joining the rest of the group to eat.According to the source, the previous day, Saturday, all the friends, including Castro, had a good time dancing to live band music at the resort.No sign of bodyMeanwhile, in spite of several search missions conducted by the Marine Police at Ada, helicopters of the Ghana Air Force and fishermen, as well as announcements made at adjoining island villages on the incident, no success was registered.Asamoah Gyan breaks silenceIn a related development, Asamoah Gyan has finally broken his silence since Castro and his lady friend, Janet Bandu, went missing last Sunday by issuing a statement.He said all the friends were broken by the incident and gave an assurance that all attempts were being made to find their bodies, while asking anyone with information on their whereabouts to make it known.In a post on his Facebook page, Asamoah Gyan wrote: “If tears could bring a stairway and memories a lane, I’d walk right up to Heaven and bring you home again. When someone you love becomes a memory, the memory becomes a treasure. RIP bro. I will forever miss you. I can’t just stop crying.”