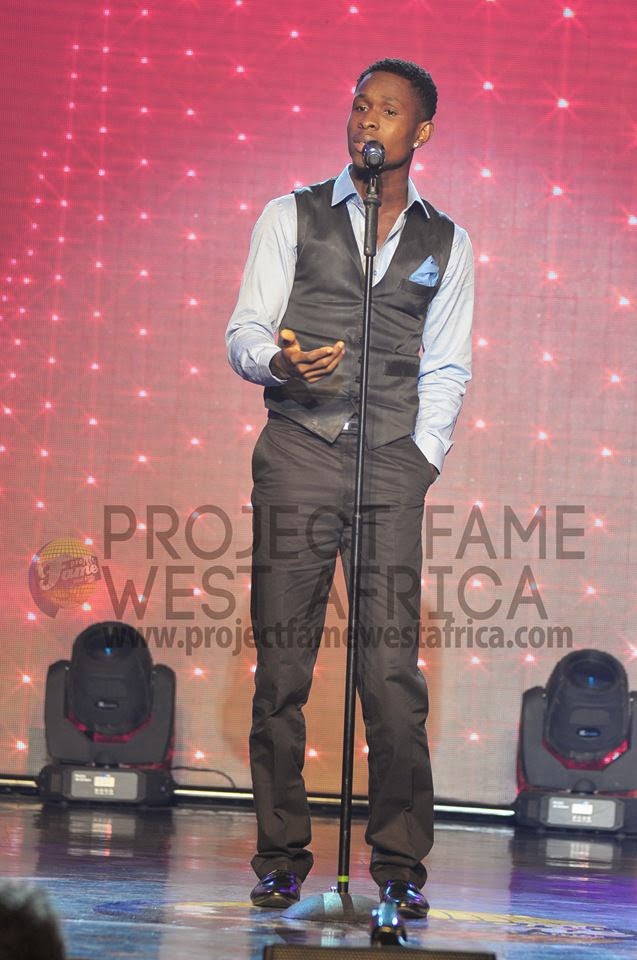 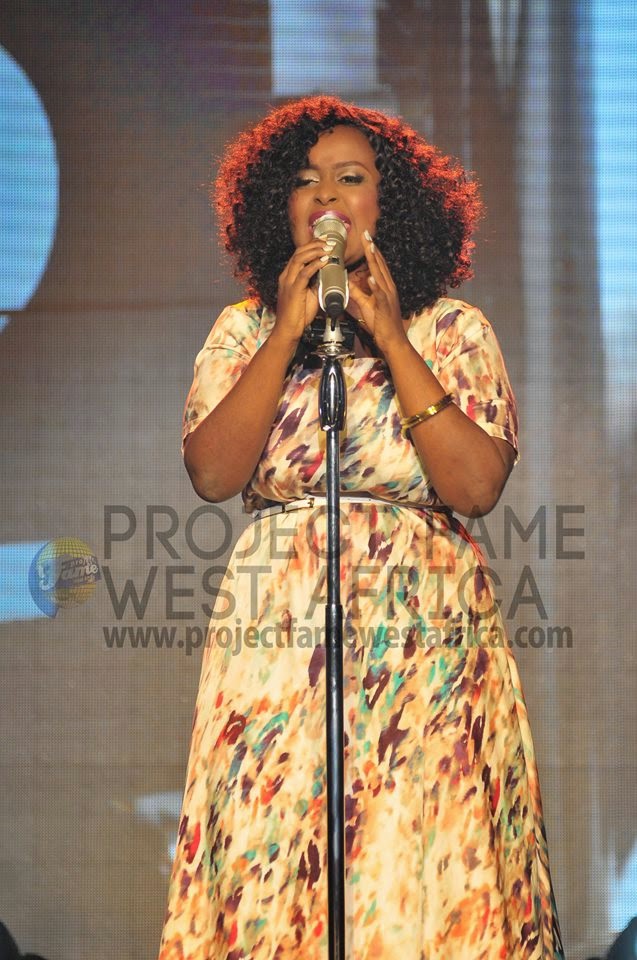 Ghanaian contenders Christian and Laami Flourished, singing ‘Always and forever’ and ‘One moment in time’ by Luther Vandross and Whitney Houston, respectively and earned the applause from the audience who rang with screams and howls of admiration, on Sunday, as the 16 contestants in the MTN Project Fame Season Seven academy begun their journey into what has been defined as true stardom.. In contrast, Clement, David, Emeka and shola failed to live up to the judges’ expectations. Therefore, the four became the first set of contestants up for eviction. Continue…

Their fates now lie in the hands of West Africa’s followers of the popular reality TV show, who will be voting to keep, at most, two of the contestants from being evicted from the competition this week.
The contestants either didn’t use the stage well, as was the case with Clement; or didn’t commit more energy into their performances, which Shola and David were guilty of. Emeka fell in between as his rendition of ‘To Love a Woman’ by Bryan Adams was adjudged poor.
Asides Flourish and Geoffrey and the four contestants on probation the other ten barely scraped through with performances that were, at best, above average. 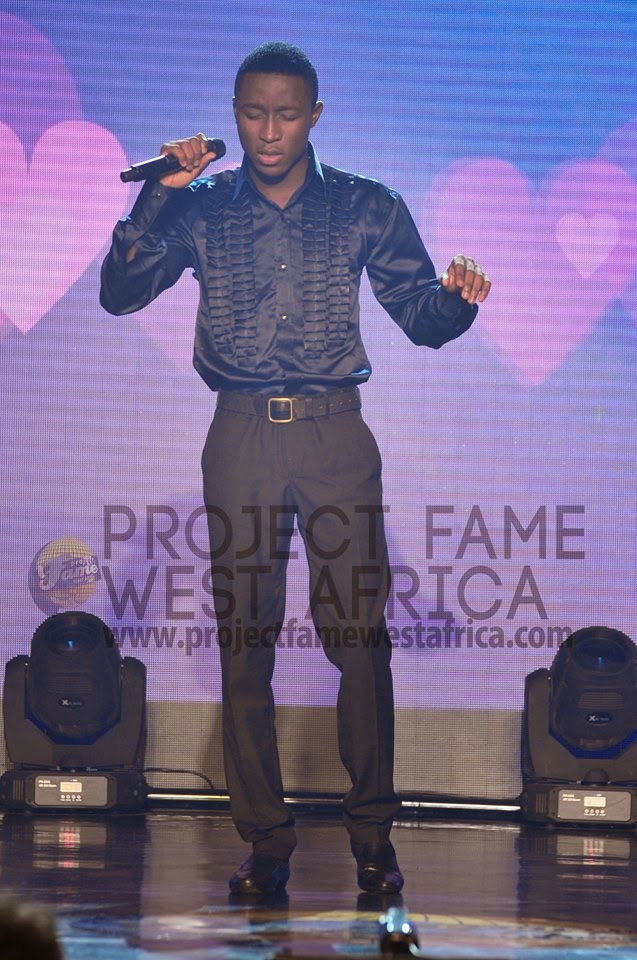 The fates of Project Fame’s contestants have always rested on the judges’ verdicts and votes from viewers. Prior to Sunday, the first performance show on Saturday clearly showed the contestants were just settling into life in the academy.
At the first performance show of the 7th edition of the West Africa’s biggest reality show, the judges comprising Bibie Brew, Ade Bantu and ably represented by ace music producer, TY-Mix, spared no words in condemning all the 16 contestants for putting up average performances in their first appearance.
In a bid to nurture top-notch superstars, MTN Project Fame judges are known to be blunt in critically appraising performances in the academy. That has not changed though. Labeling the performances as ‘cold’, ‘flat’ and ‘average’, TY-Mix advised the contestants to work harder – reminding them that the competition has begun already.
However, the music producer singled out Flourish who rendered Whitney Houston’s ‘I didn’t Know My Own Strength’ as the only excellent performance on the night.
Perhaps, ‘the contestants are still adjusting to the reality of life in the academy’, assumed Joseph Benjamin, the co-host. The ebullient Nollywood actor was full of optimism that each of the contestants would perform better next time having received their first baptism of fire.
The audience, who hardly knew the difference, thoroughly enjoyed themselves. They basked in the euphoria of great love and inspirational songs of yester years. For instance, Ogechukwu, stunning and dashing, was applauded when she rendered ‘When You Believe’, originally sang by Mariah Carey.
Shola roused everyone within earshot. The song, ‘I Believe I Can Fly’, seemed to have been one of his favourite – left for some flat notes here and there. There was also Jeffrey’s rendition of Michael Jackson’s ‘Heal the Word’; Lamey’s ‘Hero’, David’s ‘Heal Me’ by Mariah Carey and Michael Bolton respectively.
The atmosphere was emotionally charged when Christian performed ‘When a Man Loves a Woman’ and Ruky did Jennifer Hudson’s ‘If This Is Love’. These renditions and many others by Ugo, Kofo, Taiwo, Debby and the rest give the ardent followers of the reality show an assurance of great times to come as the battle for who emerges the next MTN superstar get more intense.
Meanwhile, Olukanni Bolanle, new co-host, showed why the organisers of the show bestowed so much confidence on her. So far, she has been all glitz and glamour with her elegant dresses and impeccable grammar.