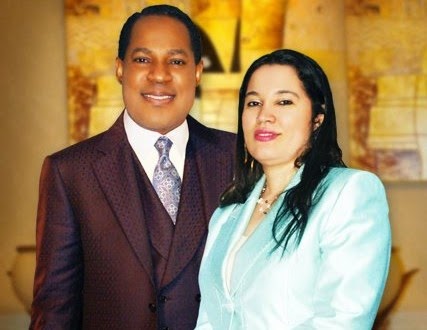 After months of speculation over the marriage crisis between Christ Embassy’s Pastor, Chris Oyakhilome and wife, a new report claims the latter has now filed for a divorce in a London court.

In an exclusive report published by Cable News, the wife is seeking a divorce on the grounds of “unreasonable behaviour” and “adultery”.

She allegedly outlined several allegations against the Pastor which cannot be published for legal reasons.

According to the online portal, Pastor Chris had been making efforts to avoid divorce in the hope that the wife would eventually have a change of mind, however, Decree nissi was served on the charismatic pastor in his hotel room during a recent visit to the UK. For some couples, getting a divorce might be the best move to make if they feel like they can’t get past certain circumstances. Whether it is the fact that people grow apart, or someone in the relationship has been unfaithful, divorce doesn’t happen for no reason. If the use of a Divorce Attorney Chicago (or one closer to where you live) is necessary to help you get through this tough time, then it may be for the best.

Decree nissi, in legal terms, is like a yellow card in a football match which is a precursor to a red card (“decree absolute”) if no new evidence is provided to stall proceedings.

Church insiders said Oyakhilome had been hoping for rapprochement, but he was left with no option than to receive the papers when the lawyers cornered him at his hotel in London.

The decree absolute, which will effectively end the marriage, is expected to be issued soon while terms of the divorce will be worked out by the lawyers on both sides. If you wish to go more into more details about adultery laws and divorce, you can find more information online.

Anita recently wanted to go public with the details of her allegations against the husband but reached an informal agreement to sheathe her sword in the interest of the church.

Recall that some church members had sometime in May 10, 2014 launched a facebook campaign, asking: “Where is Rev. Anita Oyakhilome?”

They said Pastor Chris and Rev. Anita must unite “for the sake of the gospel, the church and their two beautiful daughters”. They quoted Malachi 2:16 in the Message Bible: “I hate divorce, says the God of Israel.”

The Facebook page, which has over 3,300 “likes”, was opened with a stated mission: “This is a Call to Prayer for all believers who understand God’s heart concerning marriage and a Call to Action by Pst. Chris. #DoWhatYouPreach”.

Officials of the church quickly moved to deny any rift between the pastor couple. One official, Kenneth Achumasara, told the media last June thus: “I can tell you authoritatively that there is no issue between Pastor Chris and his wife, Anita… If you go to the UK now, you will see her along with the kids. She is still with him and there is no issue between them. I have been with him for 22 years and the Pastor Chris I know cannot even utter such words as reported. He will never address such a gathering. She will soon be in Nigeria for a programme and I will definitely invite you to have access to her.”

Oyakhilome is the President of Believers’ Love World Inc, the registered name of the Christian ministry, while his wife is the Vice President.

They have two teenage daughters, Sharon and Charlyn.