On Tuesday, Juliet presented the 2nd half to Jeffery Fiifi Boamah during lunch hour at French Fingers Restaurant in East Legon.

The competition which entailed making a creative video tagged with the hashtag #sholala #julietibrahim #julietgiveaways was for Juliet Ibrahim’s latest single. And both winners will star in the Sholala music video.

This is not the first time the actress /singer/producer is giving away goodies or money to her social media followers. Aside the patients in her foundation, Juliet dashed out over 200 Mobile phones, Three cars, Dinner dates, Couples fully paid trip to Singapore among others.

She’s currently running two different giveaways thus: #loveyourself with Carotone and #scarypoutselfiecompetition where 10 winners from the #scarypout will join the star actress for the Nigeria premiere of Shattered Romance on the 16th of October, 2015.
No restriction on location, flight and accommodation would be taken care of by the star actress should there be winner/s outside Nigeria. 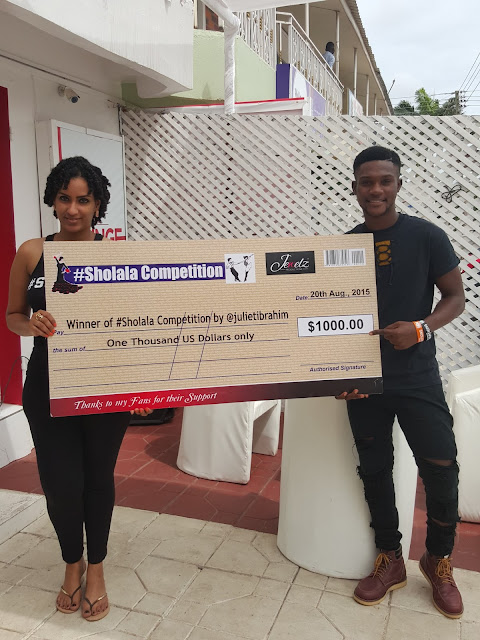 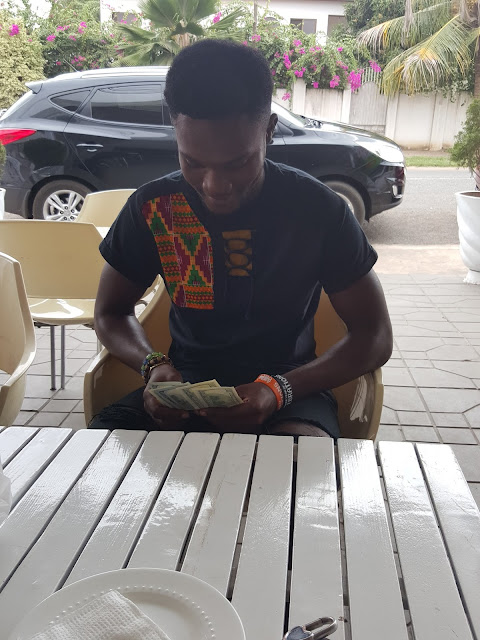 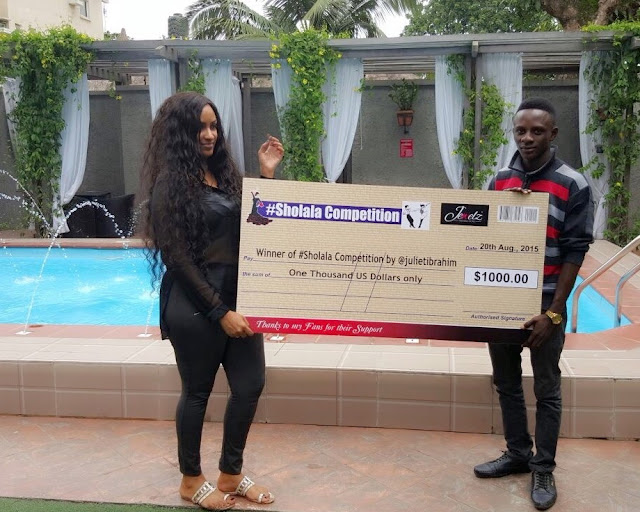 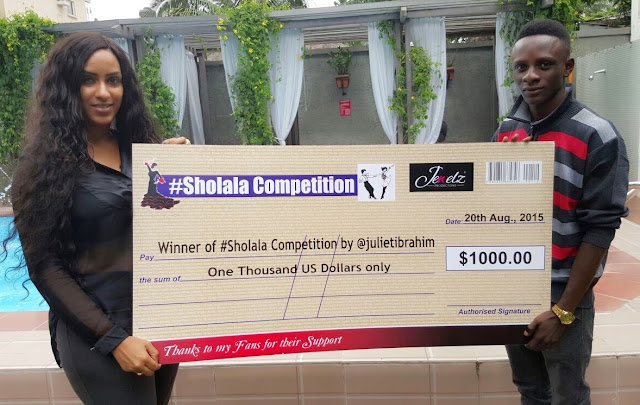