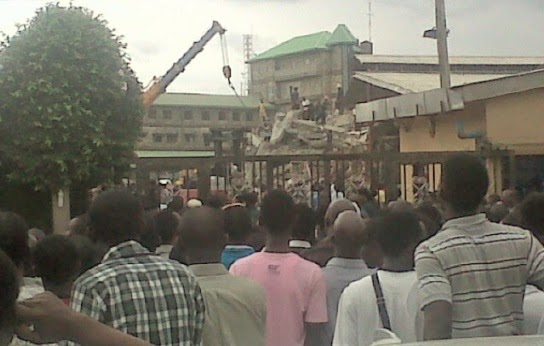 Many people are reported to have died with several others injured after a building inside the headquarters of the Synagogue Church of All Nations in Ikotun, Lagos collapsed, Friday afternoon.

Many worshipers who lived inside the church were among those who died while some are believed to still be trapped under the rubble of the collapsed building.

Four ambulance buses have arrived the scene, taking the injured to the hospital while the dead ones are being evacuated to the mortuary.