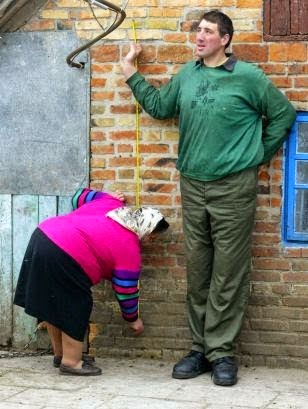 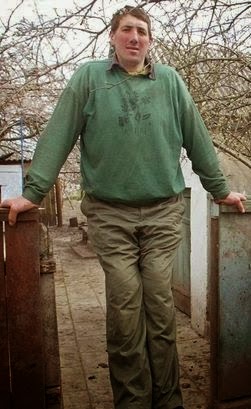 Leonid Stadnyk, believed to be the world’s tallest man at 8ft 4 inches has died. He was just 44. The peasant farmer from the Ukrainian village of Podoliantsy, died on Sunday August 24th from a brain haemorrhage after health problems.

In his last interview, Leonid, who wears a  talked about how his height was a curse, why he refused to be measured by the Guinness Book of World Records and also why he refused to get married
“To me, my height is a curse, a punishment from God, not something to celebrate. What sin I have committed, I do not know. All my life I have dreamed of being just like everyone else. I don’t want or need the fame that this would bring so I have no desire to be in this Guinness book.

“I never got married because I don’t want to inflict my problems on a wife. I think it would not be fair on her” he said.

At one point, his condition, called giganticism, left him growing at the rate of roughly a foot every 3 years. His feet measured 18 inches in length while his palms were more than a foot in diameter