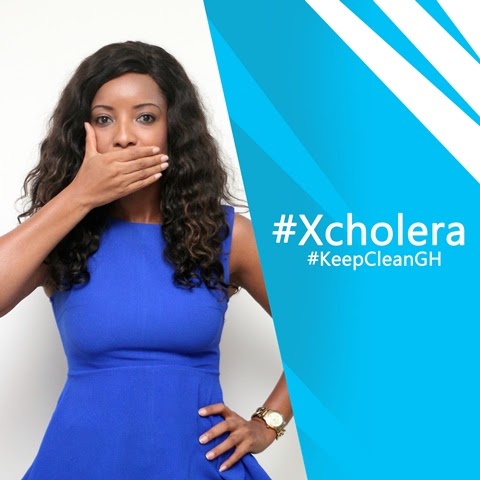 Ghanaian actress and television talk show host – Joselyn Dumas – is set to take her ‘Xcholera Campaign’ to a whole new level at the Kaneshie market tomorrow.

The second phase of the entire campaign which involves a series of market storms was launched on 17th September, 2014 at the Okaishie market.

Speaking with Miss Joselyn Dumas, she pointed it out that the next market storm will take place at the Kaneshie market tomorrow (1st October, 2014) at exactly 8am.

“It is our expectation to educate more traders than we did with the previous market storm. We therefore urge people to come and volunteer their time in educating the traders, as well as the general public on the need to keep their environments clean. With support from Lifebuoy, Ernest Chemist, and Accra Metropolitan Assembly, we are very positive about causing the needed change in our country”, Joselyn stated.

The general public can call or whatsapp 027-955-5380 for more information about the ‘Xcholera Campaign’.

Also, anyone who is willing to support the campaign by making donation can do so by paying to MTN Mobile Money number 024-473-0078.